The Autumn National Investiture of the Grand Priory of England and Wales was held at The Cathedral Church of St Barnabas, Nottingham on Saturday 26th October 2019.  Undaunted by the wet weather, members and guests travelled from far and wide to join the celebrations.

The Grand Prior of England and Wales, The Most Honourable the Marquess of Lothian PC GCLJ QC DL was the Investing Officer, assisted by the Bailiff, H.E. The Chevalier Charles Holloway GCLJ, KMLJ.  With members, visitors and guests in attendance, the Grand Prior, the Bailiff, clergy, Members of Grand Priory and distinguished guests, including HE The Chevalier Roy Scott GCLJ, Grand Baillie of Scotland, processed into the Cathedral. The service was led by the Chaplain-General, The Revd Canon Victor Bullock SChLJ. The Preacher was The Revd Alan Gyle SChLJ, Vicar of St Paul’s Church, Knightsbridge, London who gave an inspirational sermon and made reference to Nottingham’s traditional lace making history. The Investiture then took place with several postulants being admitted into the Order. Promotions and Awards followed.

Members then re-dedicated their lives to the service of God through the most noble Order followed by the blessing, dismissal and National Anthem. The incoming Chaplain-General of the Grand Priory of England and Wales The Revd Canon Andrew Stevens SChLJ was led to the President’s chair and placed it by his predecessor. The new Chaplain-General gave the blessing.  Members of St Barnabas’ Cathedral Choir led by Director of Music Alex Patterson BA (Hons), MMus and organist Dr Peter Siepmann enhanced the investiture with their singing which included ‘Thou wilt keep him in perfect peace’ by Samuel Sebastian Wesley and ‘O Thou, the Central Orb’ by Charles Wood.  The Belgrave Rooms was the venue for an excellent banquet to conclude this highly successful and memorable day.

The Vigil before an Investiture was held the evening before at St Andrew’s with Castle Gate United Reformed Church and was again conducted by the Chaplain-General assisted by Chaplains of the Order. The Revd John Burgess SChLJ, Senior Chaplain of the Commandery of King Offa, delivered a thought provoking and prayerful meditation on the Beatitudes followed by Postulants taking their vows. The Charge to Postulants was delivered by the Secretary-General H E The Chevalier Gareth Vaughan GCLJ. Following the Vigil, a delicious supper was enjoyed at the Belgrave Rooms. A wonderful and spiritually enriching occasion, the Autumn National Investiture was certainly a highlight in 2019 for The Grand Priory of England and Wales. 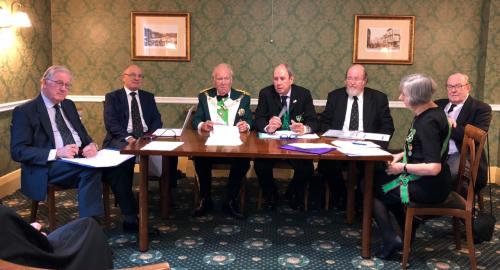 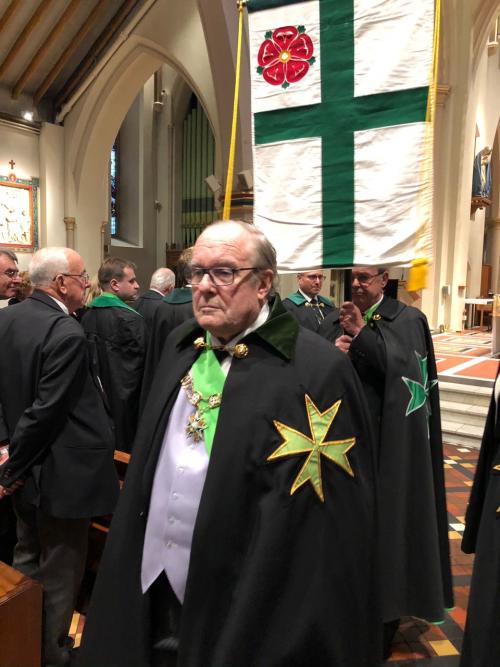 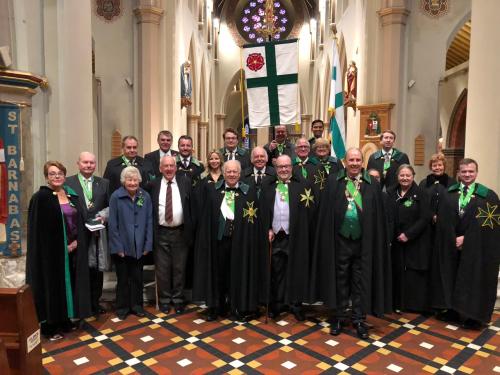