Lazarus was born in Bethany, a small town near Jerusalem and was the brother of Mary and Martha. 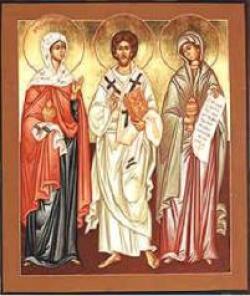 Jesus knew his father Simon, whom some identify as Simon the Leper, and used to visit their home every time he was in the area, developing a close friendship with Lazarus, who followed his teaching and ideals.  He became a friend of Jesus who raised him from the dead (John, Chapters 11 & 12).

No mention is made in the New Testament of his activities after having been brought back to life, but it is now believed that Lazarus and his sisters were set adrift by the Jews in a small boat which eventually came to land in Cyprus, where he became bishop of Kition - modern day Larnaca. Lazarus is said to have died at the age of sixty and been buried in a sarcophagus at Kition. In 890 AD the emperor of Byzantium, Leon VI Sopho, transferred Lazarus' remains to Constantinople, building instead a church at Larnaca dedicated to St Lazarus, for devotion to him was commonplace in the Early Church. 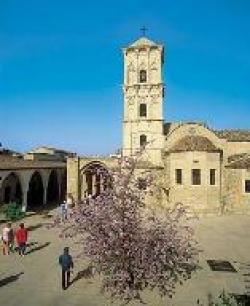 The second mention of a person named Lazarus was in a parable in which Jesus describes a common scene of a poor man begging.  (Luke, Chapter 16, vv. 19-31)  He is described as being "full of sores" and is generally thought to have been suffering from leprosy, the disease being endemic in the Holy Land at the time.  Here Jesus uses the name ‘Lazarus’ in the generic sense of someone whom God helps while others ignore.

Both episodes were probably taken into account when the monks of St Basil originally selected a name for their leper hospital. The name eventually gave rise to the terms "lazar", meaning a leper, and "lazaretto", a leprosarium, or Leper House. The gate of the city of Jerusalem by which the St Lazarus hospital was established is still known today as the St Lazarus Gate.