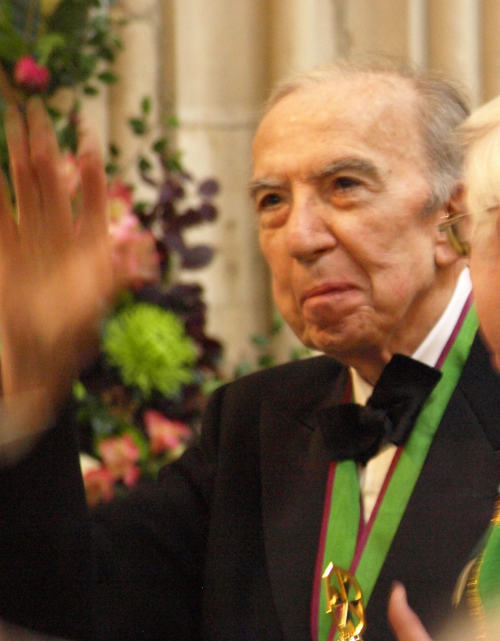 It is with great sadness that we must report the death of Baron St John of Fawsley GCLJ on Friday 2nd March 2012 at the age of 82. Lord St John joined our noble Order in 1974 and became Grand Bailiff of the Grand Bailiwick of England and Wales in 1999, continuing that title when the two obediences in England & Wales became united as The Grand Bailiwick & Priory of England and Wales in January last year. As such, he will be the last person to hold that office.

His wit, wisdom, kindness and deep spirituality were well known and he was loved and respected by all.

Next Saturday, 10th March, we install his successor as Head of the united Jurisdiction, the Earl of Shrewsbury & Waterford, who will hold the office of Grand Prior. Lord St John would dearly have loved to be present at that installation and would undoubtedly have crowned it with some jewel of coruscating wit and elegance. While we mourn his passing he would not wish us to moderate our joy at the dawn of a new era for this jurisdiction, and we can be as sure that he will be there in spirit as we know that we shall treasure his memory in our hearts.

Please pray for the repose of his soul and the comfort of all those to whom he was dear.