The Grand Priory of England and Wales held the National (Northern) Services of Vigil and Investiture in Liverpool on the 27th and 28th October 2017.

This took place in Liverpool Parish Church, dedicated to Our Lady and St Nicholas, which is situated near the famous Royal Liver Building at the Pier Head on the Mersey, by permission of the Rector, the Revd Dr Crispin Pailing.

The contemplative Vigil before an Investiture was held on Friday Evening and was conducted by the Chaplain-General, The Revd Canon Victor Bullock SChLJ who, assisted by Chaplains of the Order, led a meditation on the Beatitudes followed by Postulants taking their vows. The Charge to Postulants was delivered by The Secretary-General H E the Chevalier Gareth Vaughan which concluded with the Postulants remaining in silent solitude for a period of time symbolising the all-night vigil of former times. Following the Vigil, a delicious buffet supper was served in the nearby Racquet Club where attendees were able to enjoy ‘Scouse’, the local speciality dish. 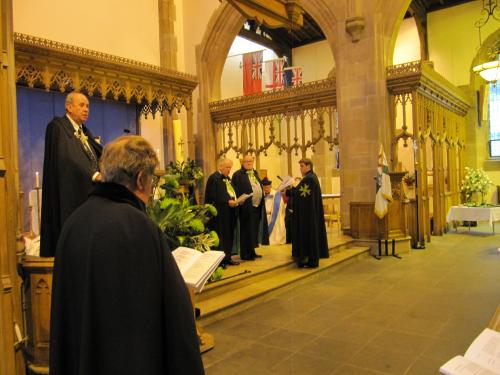 On Saturday morning, the Service of Investiture was held. With members, visitors and guests assembled, the St Nicholas Singers sang the Introit, Coronation Anthem ‘Zadok the Priest’, as the Grand Prior, The Most Honourable the Marquis of Lothian, PC, GCLJ, QC, DL, The Grand Chancellor of the Order, His Excellency The Chevalier Edward White GCLJ, Clergy, Members of Grand Priory and distinguished guests processed into Church. The service was led by the Chaplain-General, The Revd Canon Victor Bullock SChLJ assisted by several Chaplains of the Order. The Preacher was The Very Revd Godric Timney OSB, Cathedral Prior of Worcester; Vicar for Religious in the Diocese of Liverpool. The Investiture then took place with several postulants being admitted into the Order, followed by Promotions, Awards and Appointments.

Members then re-dedicated their lives to the service of God through the most noble Order. The Motet ‘Salve, Regina’ was beautifully sung followed by the blessing, dismissal and National Anthem. The Racquet Club was again the venue for an excellent meal to conclude this wonderful and spiritually enriching weekend in Liverpool. 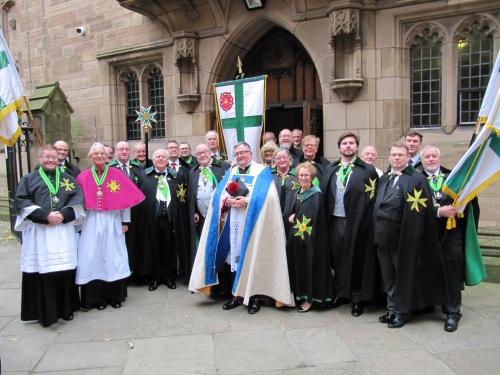