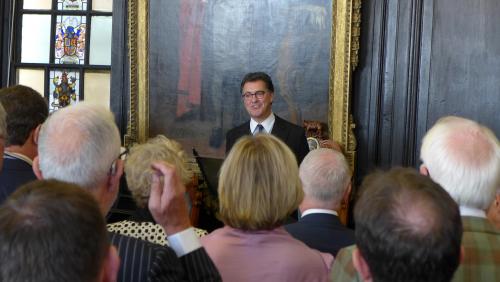 On Monday 24th September 2018, at the Apothecaries’ Hall, Black Friars, Alderman Vincent Keaveny KCLJ, Sheriff-Elect of London and a long-standing member of the Order of St Lazarus, was presented with his Shrieval Chain of Office and Badge.  The Shrieval Chain is unique to each Sheriff and, by tradition, is fashioned to incorporate symbols from many of those organisations associated with the Sheriff who will support him during his year of office. 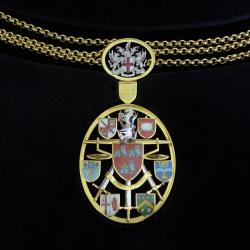 The official description of the various components of the chain and badge published for the presentation ceremony can be seen here.

Vincent’s wife, Amanda Keaveny CMLJ, was presented with a brooch to mark her role as the Sheriff’s consort.