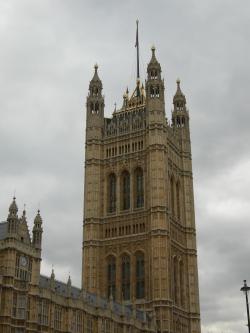 On the afternoon of 10 November, almost 70 members and guests from England and Wales gathered in the splendid surroundings of the Cholmondeley Room and Terrace of the House of Lords for tea with our new Grand Prior, the Marquis of Lothian.

Despite the gloomy weather outside, the atmosphere was animated, and the views across the Thames as spectacular as always. New acquaintances were made and old ones renewed over a sumptuous tea, rounded off by a glass of Prosecco before departure. 11 of our 15 commanderies were represented and special guests included Peter Walker, Chief Executive of The Leprosy Mission and James Wells, Chief Executive of EMMS International (2 of the major charities supported by the Order’s charitable giving)

Lord Lothian welcomed visitors to the House and spoke of his pleasure at being invited to take on the role of Grand Prior. He was honoured to follow in the footsteps of his uncle, Lord Ferrers, who had always held the Order in the highest regard and had served as Grand Prior with great distinction until his death in 2012.

Lord Lothian also spoke of his great interest in the charitable work of the Order, undertaken through the new combined charity, the St Lazarus Charitable Trust. He welcomed particularly the practical nature of the projects supported by the Order, such as the support for the Rainbow and Bankura Homes in India, which would be forced to close without the funding provided by the Order, and thanked members for their ongoing generosity.