The French Lazarite knights continued to resist the amalgamation of the Order with the House of Savoy and maintained their own organization supported by the King Henri III. In 1608, King Henri IV combined the 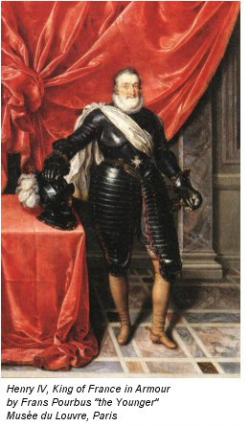 administration and holdings of the Order of Saint Lazarus with the newly established Order of Our Lady of Mount Carmel, both being placed under one Grand Master - Philibert, Marquis de Nérestang de Saint-Didier. This administrative union of the Ordres Royaux Militaires et Hospitaliers de Saint-Lazare et de Notre-Dame de Mont-Carmel received Canonical acceptance confirmed by the Bulls issued by Cardinal de Vendome in 1668 and Pope Innocent XII in 1695. The joined Orders were declared protectorates of the French Crown and the junior Order linked to the École Militaire. The scope of the united Orders had now changed into awards given for military distinction or for services rendered to the Crown. The two Orders remained separate entities and retained different insignia for use by their members.